If you have ever been convicted of a felony, you know your penance does not end when you finish your sentence. Your conviction follows you like a shadow and prevents you from living your life to the fullest. Despite your felony conviction, you may still be eligible for many government assistance programs unless your conviction involved use, possession, or distribution of drugs.

Kentucky’s Department of Public Advocacy compiled the collateral consequences convicted felons may encounter in Kentucky. The following information is a condensed version of their material:

A felony conviction will not prevent you from from receiving benefits from K-TAP (Kentucky Transitional Assistance Program) unless the offense committed involved selling, using or possessing drugs.

If you have been convicted of any offense (misdemeanor or felony) involving possession or sale of drugs, then you are  to receive federal student aid, including grants, loans, or work assistance, for a specified period of time. If your conviction involved possession, you are prohibited from receiving federal student aid for one year after your first offense, two years after your second offense, and an indefinite period of time after your third offense. If your conviction was for distribution, then you are ineligible for two years after your first offense and an indefinite period of time. In order to become eligible for student aid after the specified time period, you must complete a drug rehabilitation program. Persons who are registered sex offenders are not eligible for Pell Grants. In order to receive funding from Kentucky’s Go Higher Grant Program or the Commonwealth Merit Scholarship Program, you cannot be a convicted felon.

However, if you declare yourself as an addict and go to long-term treatment, the period of ineligibility may be waived. Even if you try to go to treatment and it’s inaccessible or unavailable, the judge may still waive ineligibility for government aid.

Collateral Consequences in the News

In response to the harsh consequences that follow convicted felons around long after their sentences have ended, a federal judge in Brooklyn refused to sentence a woman to prison as reported by the Wall Street Journal. The woman was arrested for having 600 grams of cocaine in her luggage at an airport. Instead the judge sentenced the woman “to one year of probation, to include six months of home confinement and 100 hours of community service.” The judge’s goal was to prevent her from facing harsh consequences long after her sentence was over. The judge said that denial of housing, loans, and jobs served “no useful function other than to further punish criminal defendants after they have completed their court-imposed sentences.” There are around 50,000 state and federal statutes and regulations that further punish convicted felons after they finish their sentences. In Kentucky alone, there are 921 statutes and regulations that impose restrictions of felons. This case was but one small ripple in the sea of collateral consequences for convicted felons. It will take federal and state legislative reform to alleviate the burden of being punished long after a sentence is over.

If you have been convicted of a possession misdemeanor and even some low level possession felonies, you may be eligible to expunge your record and become eligible for certain government assistance programs. At this time, only misdemeanors for trafficking of controlled substances are eligible for expungement. For a free evaluation to determine if you are eligible to have your record wiped clean, visit us at Unconvicted for a free evaluation. If you have any questions, do not hesitate to contact us.

Do you want to drive for Uber or Lyft and think there is something on your record that might cause you to fail the background check? Have you already been turned down because you failed a background check? Maybe an expungement can help you.

What Uber and Lyft look for:

In order to pass an Uber or Lyft background check you must have:

This information reflects what Uber and Lyft currently require, but they may change what violates their background checks at any time.

What background check services do they use?

It appears that Lyft uses Sterling Talent Solutions for its background checks, although the Lyft website does not state which service it uses. The Sterling website says it’s FCRA compliant, but it does not say whether it complies with relevant state law. Therefore, there is a chance that dismissed cases would appear on Lyft background checks.

What we can do for you:

Driving History: We can petition for expungement for minor violations including, speeding, hit and run misdemeanors, reckless driving violations, or street racing or speed contest violations as long as it has been five years have passed since you paid your fine or served out your sentence.

Currently, Uber and Lyft only care about minor violations and driving on a suspended, revoked, or invalid license or insurance if you got more than three in the past three years. Kentucky law only allows you to apply for expungement five years after you’ve paid your fine or served your sentence, so you should be able to pass their background checks two years before you could get the conviction expunged.

The law probably does not allow expungement of DUIs unless it has been ten years since you were charged with a DUI. This is a hotly litigated issue right now, and it may change in the future. Unless Uber or Lyft look at more than seven years of your DUI history, so you should be able to pass their background checks three years before you could get the conviction expunged.

Again, Uber and Lyft could change their background check requirements at any time. Even if it seems unnecessary to expunge certain items from your record right now, it could help your chances of passing future background checks. If you have any questions about your record and passing background checks for ride sharing companies or otherwise, do not hesitate to contact us. To see if we can help you erase your record to pass a background check, visit Unconvicted for a free evaluation.

There are two ways to apply to have your voting rights restored. If you are convicted of an eligible Class D felony, you must go through the following process to have your felony expunged. First, you must obtain and expungement certification from the Kentucky State Police, which costs $40 and can take up to 60 days. This official document tells the judge reviewing your application whether you are eligible to have your application granted.

After you get an expungement certification and it shows that you are eligible, you must then fill out the Administrative Office of the Court’s Motion to Vacate and Expunge form and submit it to the Circuit Court Clerk in the county in which you were convicted of the felony. Once you submit your application, the prosecutor has 60 days to object to your expungement. If there is an objection, the court will hold a hearing. Alternatively, if the prosecutor does not object, then there will not be a hearing.

Either way, the judge hearing your case makes the final decision in whether your record will be expunged. If the judge chooses to expunge your record, then the court will notify the appropriate agencies, so your felony conviction will no longer appear on background checks. For more information, visit the Kentucky Court of Justice website.

If you have been convicted of a felony in Kentucky that is not eligible under House Bill 40, you must fill out an application to have your voting rights restored by the Governor. If granted, only your voting rights will be restored. (You will not be eligible to have a firearm.) This is a lengthy process; it can take up to twelve weeks for your application to be processed. It is up to the Governor to decide if he will restore your right to vote.

We know the process of getting your voting rights restored is complicated, and we are happy to help you through it. For a free expungement evaluation, fill out the form at Unconvicted to get started today. Please contact us if you have any questions.

The short answer is yes.

Kentucky is one of only three states that permanently bar felons from regaining their voting rights. Until July 15, the only way to have your voting rights restored is by getting a pardon from the Governor of Kentucky. You may recall that in his first weeks in office, Governor Bevin undid Governor Beshear’s executive order granting around 180,000 “non-violent who have completed their sentences” the right to vote. At this time, you must fill out a form, submit it to the Governor, and he has to approve it in order to get your right to vote back.

If you have any questions about restoring your voting rights after being convicted of a felony, do not hesitate to contact us. For a free evaluation to determine if you are eligible to have your right to vote restored, please visit Unconvicted.

Voting seems like a fundament right, but federal and Kentucky law consider it a privilege. Unfortunately, Kentucky has one of the harshest felon disenfranchisement laws in the country. Once convicted, a Kentucky felon may never vote again, subject to two limited exceptions. Currently, only the governor has the power to pardon Kentucky felons. Beginning on July 15, 2016, certain Class D felons will be eligible to have their records expunged under House Bill 40.

How can I have my right to vote restored?

The federal government delegates power to the states to determine if they will deny felons the right to vote. Section Two of the Fourteenth Amendment of the U.S. Constitution states that voting is a privilege of citizenship unless you participate in crime. The Fourteenth Amendment was created to grant citizenship to “all persons born or naturalized in the United States,” but it also produced a way for states to penalize certain felons beyond their sentences. Section 145 of the Kentucky Constitution creates Kentuckians’ right to vote, but it does not provide this right to convicted felons. Until H.B. 40 goes into effect, the only way to have your right to vote restored is to be pardoned by the Governor of Kentucky. Ky. Const. § 77. However, if you have been convicted of a federal felony, the President must grant you pardon in order to have your right to vote restored. U.S. Const. art. II, § 2, cl. 1.

You may be wondering, should I try to register to vote even though I am a convicted felon?

To find out if you are eligible to restore your right to vote, please visit Unconvicted for a free evaluation to see if you can have not only your voting rights, but all of your civil rights restored. 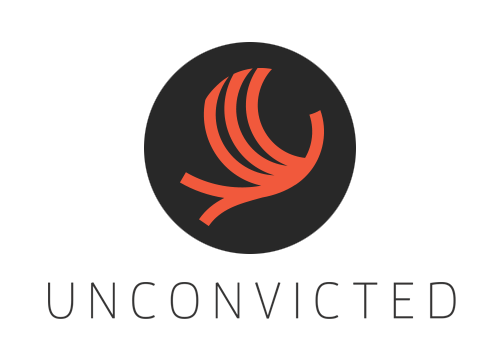